You can accuse them, but rarely convict them.
Police officers, that is, when they’re alleged to have committed criminal acts in the course of duty.
So it was a virtual miracle when two East Haven, Connecticut officers were found guilty late last month on all counts for racial profiling and brutality of Latinos.
To be sure, the prosecution had a strong case, epitomized by the video shot by my pastor, Rev. James Manship, clearly showing that East Haven  police officer David Cari’s report was shameless fiction. The report was used in the arrest of Father Manship.
But without corroborating witnesses, even damning video evidence is useless in court.
The conviction depended on witnesses willing to put themselves at risk. Consider their position. They were already victims of racial profiling, having endured harassment, intimidation and possibly brutality by the police. Testifying against the police meant  risking more of the same — or worse. Those cops had proven that they have no problem crossing the line.
The witnesses had seen how the police hide behind the authority of their badges. And that their departmental and municipal leaders would use the natural sympathy we all have for the tough job of policing to manipulate public opinion and vilify witnesses credibility and motivations.
As far as potential witnesses were concerned, the deck was stacked against them. Some might even be among the most vulnerable: lacking federal documentation and sensing they had no rights. Why bother testifying when the police had even arrested a white, American citizen priest!
Yet, the Sunday after Father Manship was arrested, witnesses responded to our appeal to stay after Mass at St. Rose of Lima Roman Catholic Church to tell their stories of harassment by the East Haven police. More than 100 people, men and women of all ages, sometimes entire families, waited patiently for hours in the sanctuary to talk to our lawyers.
Some told me their stories as they waited: How officers deliberately humiliated men in front of their wives and children, in classic bully fashion “proving” that they were helpless to stop the cops from these insults. After their encounters with police, the witnesses were followed to their destinations or to the town line to underscore the insult and intimidation. The lucky ones didn’t get ticketed, fined, arrested or, perhaps, even beaten.
Despite their terror, the witnesses stepped forward. Why? Many said it was because we are all human beings deserving of dignity, regardless of our station in life or state of grace — and certainly regardless of ethnicity. So being harassed, humiliated and even beaten by the police just for being Latino was wrong — no rationale could justify such treatment. They were determined that no one else should be subjected to this indignity.
So, although this country’s legal system is imperfect, they thought it offered enough fairness that testifying to stop the police abuse might prevail.
Certainly, Father Manship’s willingness to stand up for all of us was inspirational. While we all despaired when he was arrested, his walking his talk — that a community can move mountains when we stand together — was profoundly compelling.
Even so, the risks witnesses took were huge. Their bravery is truly remarkable and hasn’t been acknowledged enough.
Without witnesses’ valiant decisions, Father Manship’s video would have been useless; the Yale Law School Clinic would have lacked the evidence it needed to submit the formal complaint letter that launched the Department of Justice’s investigation of the East Haven police; there never would have been a federal takeover of the police department and there would have never been arrests or prosecutions of the officers.
So if Father Manship is rightfully called a hero, then what do we call the witnesses, my fellow parishioners and other Latinos, who risked far more than he ever did, and who really made all this happen?
Superheroes. Real superheroes.
They proved that even the least of us, when united as a community, can win justice. They are immigrants who crafted an American story of hope. Sí se puede. Yes we can — and yes we did.
Angel Fernandez-Chavero is a lay leader at St. Rose of Lima Church in New Haven and at CONECT, a multi-faith organization of 28 congregations in southern Connecticut.
Photo: Americanprogress.org 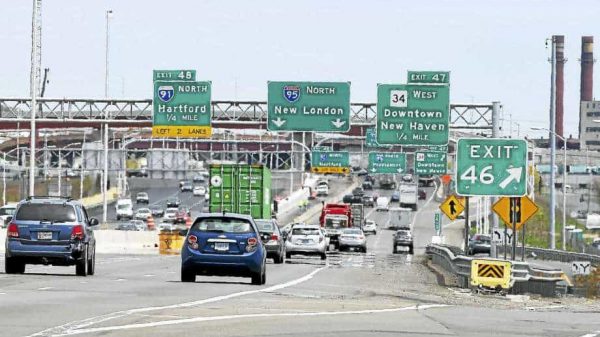 Though gap is shrinking, Hispanic drivers are the most likely pulled over by state police

The disparity between the rate of police traffic stops of Black and Hispanic drivers and their white counterparts shrank for a second consecutive year,...

Editor’s Note: This opinion piece was originally published in the Connecticut Law Tribune “One of the goals of the Interpreter and Translator Services...