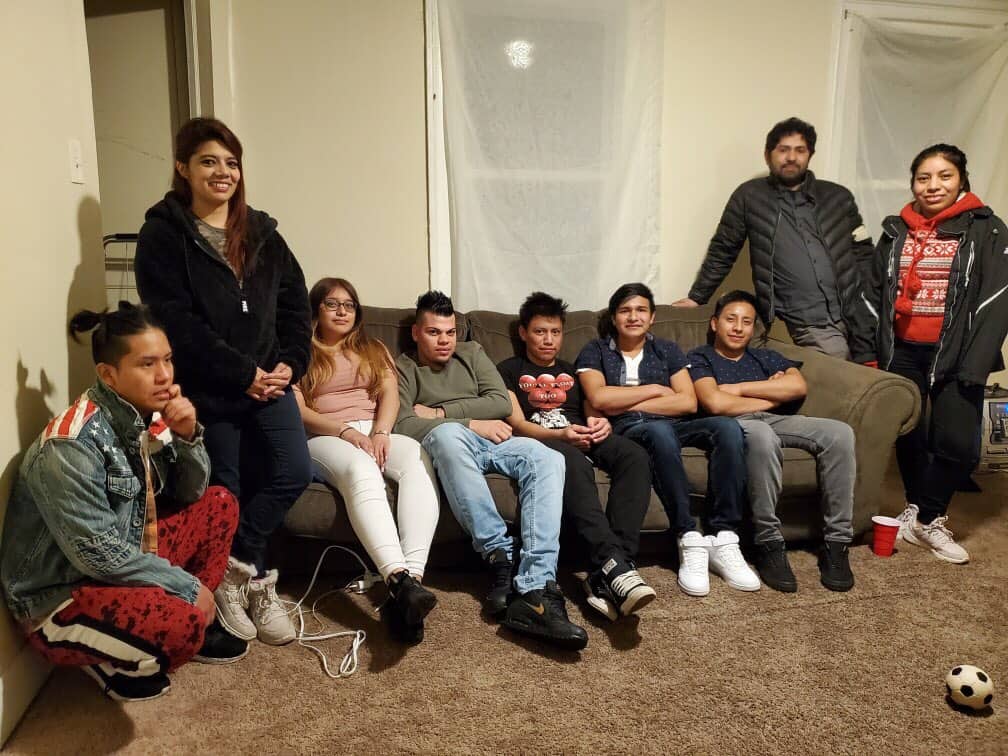 UPDATE 1/8/20: Mario Aguilar Castañon is beginning the new year free with his family and friends.

Aguilar Castañon was granted asylum by a federal judge late last month. The teenager fled his native Guatemala out of fear of deadly gang violence.

The government has a 30-day period to appeal.

Supporters, many who are students from Wilbur Cross High School in New Haven where Mario studied say he was kidnapped by ICE agents on his way to fight a traffic violation. They say Mario’s family filed a missing person’s report after his disappearance for 2 days; they did not know he was being held by ICE.

During a court appearance lawyers for New Haven high school student Mario Aguilar Castañon presented the argument that if the 18-year-old is returned to his native Guatemala, his life would be put in danger, according to an article in ctinsider.com.

Aguilar’s attorney, Dalia Fuleihan, told Judge Todd Masters during a hearing in federal court in Boston, that Aguilar had been attacked twice by gang members, adding that the gangs use violence to recruit teens, especially the most marginalized — including native Mayans like Aguilar, according to the ctinsider.com article.

The attorney for the Department of Homeland Security argued that Aguilar failed to explain why he kept going back to school where he would encounter gangs, or why he did not move away, according to the article.

Fuleihan, in turn said that gangs are ubiquitous and staying in school was important to Aguilar — something he demonstrated in Connecticut. At the time of his detention, Aguilar was attending Wilbur Cross High School in New Haven.

Fuleihan and attorney Ben Haldeman, of the New Haven Legal Assistance Association, said that Aguilar fits the definition of political threats because of the danger he faces for resisting a gang — a reason to seek asylum.

Aguilar is being held at the Bristol County House of Correction which contracts with ICE to detain undocumented immigrants who are awaiting a hearing.

Among those attending the hearing were Wilbur Cross assistant principal Ann Brillante along with Aguilar’s school counselor, Mia Breuler and Spanish teacher Mary Perez Estrada, according to the article.

The three waved and cried as they watched Aguilar be led out of the courtroom shackled at the waist, wrists and ankles following the hearing, according to the article.

“I cry because as an educator, as a mother, as a Latina, it breaks me apart because how is it, that I, as a Puerto Rican kid can be here and here are my compadres from other countries really being persecuted. Our system doesn’t get it.”
Mia Breuler, Aguilar’s school counselor

“I cry because as an educator, as a mother, as a Latina, it breaks me apart because how is it, that I, as a Puerto Rican kid can be here and here are my compadres from other countries really being persecuted. Our system doesn’t get it,” Breuler told ctinsider.com. “It is only the people with means and money that got away with this” discrimination in Guatemala, she said.

A group of his classmates also attended the 8:30 a.m. hearing, boarding a bus outside the school to arrive at the courthouse for an 8 a.m. rally, according to WFSB News. 3.

Meriden councilman Miguel Castro also attended the hearing. The immigration process, he said, “is so broken,” according to the ctinsider.com article. He added that it was disturbing to see Aguilar in chains.

In August, West Haven police charged Aguilar with driving under the influence without a license, in an unregistered car that did not have insurance. However, Haldeman said that no DUI test was administered. Aguilar was released on a promise to appear.

In September when Aguilar appeared at Milford Superior Court to answer to the charges, federal immigration officers were waiting for him, according to an article in the Yale Daily News.

His detention led to widespread community activism, according to yaledailynews.com.

According to the article, school administrators, students and community members have written more than 300 letters to immigration officials on his behalf.

Aguilar is scheduled to be back in court on Dec. 12 at which Todd is expected to announce his decision on the asylum claim. Aguilar’s attorneys plan to appeal if he is denied asylum.