When Angel Ramos played his first organized baseball game at the age of 8 in Cańovanas, Puerto Rico he began a decades-long connection with the sport that would carry him through youth and amateur leagues and to college in Texas.

Ramos, primarily as an infielder, played minor league baseball and later worked as a scout for the Atlanta Braves, as a teacher and a youth team coach in Puerto Rico.

Today, Ramos can be found most afternoons after work a morning shift as a tractor-trailer driver, donning the purple colors of the City Angels Baseball Academy which he founded three years ago.

It is through this nonprofit program that he and a small group of veteran coaches devote their time to teaching young people how to play the game “the right way” and to build their future.

Ramos estimates that about 95-percent of the academy’s 75 players, who mostly live in New Haven and Hamden, are Hispanic with some having parents who speak little English.

“I want to help the City of New Haven and the Spanish (speaking) community, Ramos said. “Our philosophy, he added, “is that inner-city kids are good kids but they need guidance. We don’t want to let any kid slip through the cracks.”

The academy is divided into six age groups. The 10 and under youths along with the 12u teams play in the spring while the 14u, 16u, and 18u teams attend the academy in the summer.

“A lot of kids are from high school teams,” Ramos explained, “and can’t play for an outside team during the school year.

City Angels also offers a fall program which Ramos anticipates will attract more than 90 players of all ages.

The teams practice at least twice a week alternating between Clinton Avenue Park and  Rice Field in New Haven.

“We are a team with many underprivileged kids from the New Haven and Hamden area and want to keep the kids active in sports by bringing quality organized sports to our children,” states the organization’s website cityangelsba.com.

City Angels also seeks to provide a supportive environment for youngsters, many of whom come from single-parent households. “They respect me and know that I watching what they are doing,” Ramos said.

“I treat all the kids like they are my kids,” said the academy founder who is married and has three grown daughters, the youngest a college athlete.

In May, Ramos attended the wedding of a young man he had coached ten years ago in a different program. “He wanted to make sure I was at his wedding,” Ramos said.

The coach’s wife, Milagros, whom he said is not a big baseball fan but is devoted to City Angels, handles the academy’s administrative work and is the chief photographer.

Moreover, if it was not for “Millie,” Ramos might not be teaching baseball in New Haven. The couple met when she was on vacation in Florida and he followed her home to Connecticut.

In the spring, Ramos wears two caps. A former teacher in Puerto Rico, he started coaching at Wilbur Cross High School in New Haven in 2019 when he said baseball was down.

During his initial season, the school fielded a winning team and won a state playoff berth. The following year, the coronavirus pandemic shut down scholastic sports.

During this spring’s truncated season, Wilbur Cross struggled and posted a losing record during what Ramos describes as a transition year with most players just freshmen and sophomores. “Next year my team will be fine,” Ramos predicted.

Ramos has become a crusader at local government meetings advocating that New Haven needs to build better and safer baseball facilities. He said that current fields often are a far cry from the turf fields found in other towns. “Better fields,” he said, “would help motivate the kids,” he suggests.

Some people have asked City Angels to add a softball program for girls, Ramos said, but this move has been inhibited by the need for more fields.

Ramos said he tells city leaders that investing in baseball can pay dividends off the field for the community and will help stem a rising crime rate.

“If we have good sports facilities and good programs crime is going go down,” Ramos asserts. “The politicians need to visualize this,” he said.

One politician who has recognized the value of the baseball program is state Rep. Juan Candelaria of New Haven. “I allocated $50,000 in the (state) budget for City Angels,” said the veteran legislator who is  the first Latino to hold the leadership position of deputy speaker in the Connecticut House of Representatives.”

Running a baseball program is expensive, Ramos said, explaining the tuition fees which run up to $1,800 for the older age groups, are needed to cover an array of costs. These include paying umpires $85 a game, stipends for assistant coaches, uniforms, hand sanitizers, and mask.

Then there is the need to buy baseballs which go for $8 a piece. Ramos recently purchased 20 dozens for the start of the summer season.

In addition, he takes his teams to several regional tournaments with the least expensive charging $1,000.

Ramos recognizes that the tuition can be a strain on family budgets and some of the youngsters are sponsored by the businesses where their parents work.

The importance of attending tournaments goes beyond testing players’ skills against good competition. These events attract college coaches with scholarships to offer.

Ramos attended Ranger Junior College in Texas on a scholarship as well as Tarleton State University. It was the former’s distinctive colors that inspired the distinctive purple uniforms worn by  City Angels players. The youngsters and coaches even wore purple protective masks as a precaution against the coronavirus.

City Angels already boasts several graduates who are playing at college teams, including Ranger and the University of Connecticut at Avery Point.

Then there is Andrew Marrero, who went from Wilbur Cross to the University of Connecticut at Storrs. As a freshman, this spring, Marrero, a right-handed pitcher, saw action in 18 games for a team that won in its league and played in the national collegiate tournament.

“Academics come first,” Ramos said, and this includes keeping an eye on players’ grades and being in contact regularly with their parents.

Ramos has helped a 17-year-old player whose grades were not that good to get into a prep school where he is attracting the interest of a couple of Division One college teams.

Looking back at the more than three decades he has been involved with organized youth baseball, Ramos said his best experience came in the mid-1990s when he was coaching a Mickey Mantle League team in Puerto Rico.

“When I started the 16 and older kids did not know how to play but they were determined to learn the game,” Ramos said. He eventually turned this team around and won their league and placed second in the Puerto Rican tournament.

Ramos disavows being a fan of any specific big league team. Rather, he sees himself as a  student of the game. “Every day there is something different,” he said, “and every day you learn something new.”

Sent from Mail for Windows 10 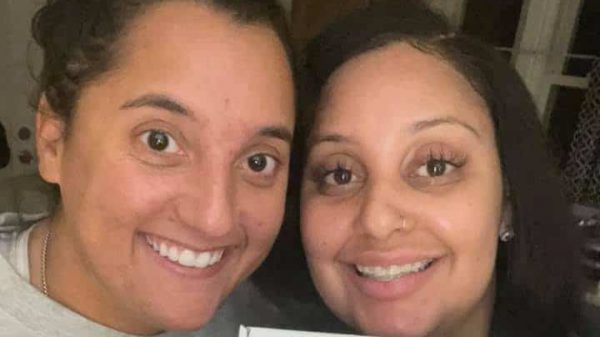 Yes, it sounds like something out of a movie. Two strangers who strike up a friendship at work discover years later that they’re biological...