LATINAFest Presents EntrepreneurFest: A Virtual Event in Celebration of Latina Entrepreneurs in Partnership with the All In: The Fight for Democracy Documentary

LOS ANGELES, CA - August 6, 2020 – (LATINX NEWSWIRE) - LATINAFest, in partnership with the Amazon Prime documentary All In: The Fight for Democracy, presents EntrepreneurFest, a virtual three-hour online celebration of the Latina entrepreneurial spirit.  EntrepreneurFest will not only provide entrepreneurs a virtual space to showcase and sell their products but will also feature inspirational speakers; a spoken word poet; engaging conversations on black and brown unity, and voter suppression. EntrepreneurFest takes place on Saturday, August 22, 2020 from 11:00AM to 2:00 PM (PST) and will be streaming on Facebook, YouTube, the LATINAFest website and our Media Partner ABC7’s website and app.

Special guests include the co-directors of the documentary All In: The Fight for Democracy Lisa Cortés and Liz Garbus who cover current activism against voter suppression; barriers to voting; and our basic rights in the documentary, which features voting rights activist Stacey Abrams, the first black woman to become the gubernatorial nominee for a major party in the United States. Moderating the discussion will be LATINAFest Co-Founders Bel Hernandez and Naibe Reynoso.

Directors Lisa Cortés and Liz Garbus said, "We are thrilled to officially announce All In: The Fight for Democracy which will tell a powerful and harrowing story of the fight for the right to vote as well as arm citizens with the tools they need to protect this right.  The film will be accompanied by an ambitious and visionary action plan to reach voters and educate them across the nation."

Latinas make up one in five women in the U.S. today, helping to drive economic growth and shaping the culture and future of America, influencing the rapid growth of Latino buying power, which is expected to reach $1.7 trillion in 2020 and $1.9 trillion in 2023.

“We are excited to have the participation of all of these amazing women,” said Naibe Reynoso, EntrepreneurFest co-host and co-founder of LATINAFest. “Our event is all about empowerment and we have partnered with like-minded sponsors to provide resources, especially in these uncertain times.”

Anabel Munoz, anchor of ABC7, is the EntrepreneurFest emcee, and will conduct an interview with Aurea Montes-Rodriguez, Executive VP of the Community Coalition on the timely topic of racial and social justice, and black and brown unity.  ABC7 will also be streaming EntrepreneurFest on the ABC7 App (with a viewership of 6.6 million) and on their website.  ABC7 Reporter Gabriela Milian will be conducting the community interviews of Latina business owners for ABC7 broadcast and for inclusion in the three-hour virtual program.

“We are delighted to have partnered with our sponsors, who like us, believe in supporting Latina women in the U.S. to reach new heights in their business, as well as in their personal lives,” said Bel Hernandez, CEO of Latin Heat Media and Co-founder of LATINAFest.

EntrepreneurFest is made possible by our generous sponsors: All In: The Fight for Democracy documentary, Lasio Inc., Mineragua Sparkling Water, ABC7 Los Angeles, and our media sponsors Latin Heat Media and Hispanic Lifestyle.

About LATINAFest, LLC:
LATINAFest was founded by Bel Hernandez and Naibe Reynoso in 2018 to produce events with the mission of celebrating and empowering Latina women of all ages and socioeconomic backgrounds. Our annual outdoor festival brings together thousands of entrepreneurs, educators, decision makers and Latinas from all walks of life who are bilingual, bicultural, and armed with buying power, ready to engage, build networks and have fun.  During these unprecedented times we are taking our mission virtually.

About The All In: The Fight for Democracy Documentary:
All In: The Fight for Democracy is an upcoming documentary film directed and produced by Lisa Cortés and Liz Garbus. The film revolves around voter suppression. Stacey Abrams worked with Cortés and Garbus on the film.  It is scheduled to be released in select theaters on September 9, 2020, ahead of its global launch on Amazon Prime Video on September 18, 2020. 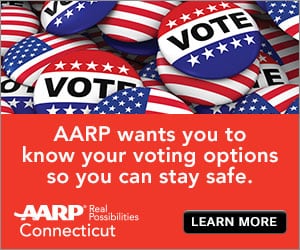 LATINAFest Presents EntrepreneurFest: A Virtual Event in Celebration of Latina Entrepreneurs in Partnership with the All In: The Fight for Democracy Documentary

— Featuring Co-Directors of the All In: The Fight for Democracy; Inspirational Speakers;  Spoken Word Poet; Engaging dialogue on Black and Brown Unity; Plus Virtual Shopping From Latina Owned Businesses —
View More 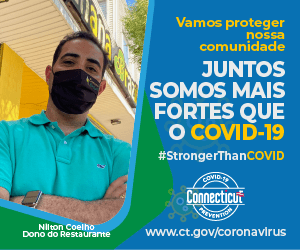 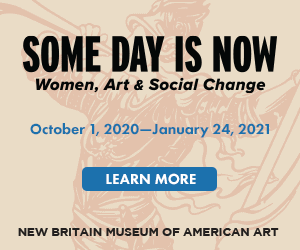