MIAMI, FL - September 28, 2021 – (LATINX NEWSWIRE) - CNN en Español announced that renowned Cuban writer and poet Wendy Guerra is joining the network as a contributor and analyst, as well as a creator of alternative content for digital and on-air platforms. Wendy will also interview, with her very personal style, relevant personalities in the world of art and culture, whose social and political realities are well expressed in their works.

Wendy Guerra is one of Latin America's most important literary authors. She has written articles that have appeared in important magazines and newspapers around the world, including: El País, The New York Times, The Miami Herald, El Mundo, La Vanguardia, among other media. Her first collection of poems, Platea a Oscuras, won her the Universidad de la Habana Prize when she was only 16 years old.

Her first novel, Todos se van (2006), based on his childhood and adolescence experiences lived in Cuba, received the Bruguera Prize, and was selected by the newspaper El País the recognition as Best Novel in 2006; with this title she also received the Carbet des Lycéens prize in France in 2009. In 2012 the English translation of this book was selected by Latina magazine as one of the 9 best books of the year published by a Latino author in the United States. Also, in 2014 was adapted to film by Colombian filmmaker Sergio Cabrera.

In 2010 she was named Chevalier de l'Ordre des Arts et des Lettres in France, and in 2016 she was elevated to the title of Officer of the same order. In 2013 her novel Nunca fuí primera dama was brought to the theater by the Argentine company teatral-Teatro Sha- under the direction of Valeria Grossi.

Guerra has published seven novels and three collections of poetry, some of them translated into 23 languages.

"We are proud to have Wendy as part of our group of analysts and contributors for her thought leadership. Her observations of the reality of today's society, great experience as one of the most sought-after authors of these times and her unique life experience, will surely be a great contribution to CNN en Español,” mentioned Cynthia Hudson, senior vice president and managing director of CNN en Español and Hispanic strategy for CNN/U.S.

Guerra commented that, “At the height of my literary career, life surprises me, merging my authorial work with the audiovisual media, and now the most important news channel in the world opens its doors to make visible alternative voices and universes that need to be heard. Learning with the great masters of this channel, contributing my personal style to the audience in a creative and enriching way, being coherent with my biography, without forgetting where I come from and to whom I am indebted, is, without a doubt, my greatest challenge in the future.”

Guerra will talk to Marcelo Longobardi about her childhood, her family, and the road she has travelled to become one of the most recognized Latin American writers in the world. Without a doubt, En Diálogo con Longobardi will be full of art and culture this Sunday, October 3rd at 9pm (EST) on CNN en Español. 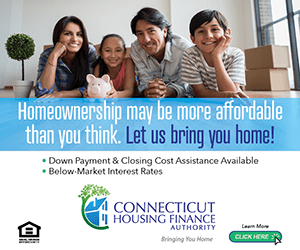