“We must provide all students for what they need.”
Dr. Leslie Torres-Rodriguez, HPS

Hartford Public Schools Superintendent Leslie Torres-Rodriguez watched with great concern as the initial wave of the COVID-19 pandemic moved into Connecticut at the beginning of March, hitting Fairfield and Litchfield counties hard.

“We realized it was going to impact us too,” Dr. Torres-Rodriguez recalled.

The superintendent, who was born in Puerto Rico but raised and educated in Hartford, began to envision what the future would be like for her staff and students in a distance learning environment. “My vision was based on equity, she said, “We must provide all students what they need.”

What was at stake was how to best serve the vulnerable populations within the district’s nearly 19,000 student population. Fifty-four percent of the enrollment is Latino or Hispanic and 22 percent are English learners. Moreover, 66 percent of the students fall into the poverty category.

COVID-19, Dr. Torres-Rodriguez observed, “impacts everyone, not just our students, not just our staff.” She added the “level of impact is different for many of our students and families in high poverty areas which have food, and medical needs and don’t have access to reliable Internet.”

These diverse needs were implicit in the design of the district’s distance learning model, entitled the Continuation of Learning Program (CLP), which was launched on March 30. By June, CLP had connected with 99 percent of the district’s diverse families with an average daily participation rate of about 82 percent. This compares with a chronic absentee rate which had dropped to 19.6 percent.

The first step toward the CLP was a decision in mid-March to take staff and students out of the classroom for their health and safety.

This move would be announced March 12, several days before Governor Ned Lamont closed the entire public education system in Connecticut for at least two weeks.

This was a time of uncertainty about the future for educators. “We did not know that we would be closing for the rest of the year,” Dr. Torres-Rodrigues explained in a recent interview with CT Latino News.

Dr. Torres-Rodriguez insisted before the initial shutdown was announced that a major priority was addressed. “We did not announce that we would close schools until we were able to announce plans for nutrition programs,” the superintendent said.

“Families needed to know where to come for food,” the superintendent said, “We had to remove that barrier for our parents.”

HPS collaborated with its community partners to set up 16 meal centers that would continue beyond the academic year and summer school to August 30.

Since March 30, HPS has distributed about a million student meals.

It soon became obvious that students and teachers might not return to classrooms until at least September, especially after the governor announced an indefinite closure to start March 30.

“We had very little time to develop distance learning plans, twelve days, for students and staff,” the superintendent said.

The superintendent and her administrative team connected on a daily basis to make sure HPS will be ready to go. “We moved so fast and the teachers worked real hard,” Dr. Torres-Rodriguez said.

As part of the transition, Dr. Torres-Rodriguez said the question was raised: “How are we going to have our partners who are already working with us help us with this challenge of getting students to connect?”

This challenge was met by bringing the Village for Children and Families, Catholic Charities, and other community activists into the project, Fergus said.

There were many people involved in creating the Continuation of Learning Plan (CLP), including the Deputy Superintendent Dr. Alberto Vazquez Matos, Chief Academic Officer Dr. Madeline Negrón, Chief of Schools Evette Avila, the entire Cabinet of chief administrators for the superintendent and the district, all district departments and school principals.

HPS’s move to a multifaceted distance learning system was validated on May 5 when Gov. Lamont announced in a tweet that “due to the ongoing pandemic, in-person classes at K-12 schools in Connecticut will remain canceled for the rest of the academic year.”

Lamont said distance learning will continue during this period and schools must continue to provide meals to children.

The HPS leadership team, with the help of the city’s computer system and community organizations, addressed the need to enable families without computers to access the CLP online platform by rounding every electronic learning device it could find and purchasing 3,000 additional computers.

Nearly 11,000 devices were distributed, mostly Chromebook laptops, as well as some tablets and other instruments. Some devices were given out at meal distribution sites.

However, to successfully complete the distribution of online devices, district administrators had to undertake a different kind of homework. “We did not know the whereabouts for at least 1,600 students,” Dr. Torres Rodriguez said.

To address this need required a “complete team approach,” Dr. Torres-Rodriguez said, for administrators, teachers, family support staff, the parent task force, and other resource personnel. “I was also scheduled to go out for home visits,” she said.

But first, the superintendent said, we had to get our students and teachers more comfortable” working online.

An asset was that each school has two distance learning facilitators, Dr. Torres-Rodriquez said, including “some that were working with Google before the pandemic.”

HPS also has set up a professional development platform to provide information to teachers. This process was facilitated when the school board approved a contract with a vendor to help with this platform.

The vendor even has provided professional learning for the instructors as well as access for tutors, the superintendent said.

Another concern was there were some students who were entering this transition without technology. This was addressed by providing packs of school work. More than 10,000 packets have been prepared by the HPS print shop and mailed individually to tech-free families.

“We have learning on all levels,” Dr. Torres-Rodriguez said.

Dr. Torres-Rodriguez also monitors data to “make sure our staff connect with students, parents, and caregivers.”

In addition, the educator said, “We had to redefine attendance” The state’s definition based on students in the classroom was no longer viable, she said, “so we had to find out who is accessing our distance learning.”

HPS also has been proactive in addressing the health care and other needs of its communities. “We have provided support, resources, and information to our families throughout the time that schools have been closed,” Fergus said.

The district also has set up Telehealth and Teletherapy hotlines to link students with clinicians such as school nurses and psychologists. By early June, Telehealth had made 202 appointments.

In addition, the district has posted a redesigned distance learning website, https://www.hartfordschools.org/distancelearning.

At the time of the interview with Dr. Torres-Rodriguez plans for the summer program were still in a state of flux.

Fergus explains there may be a limited in-person component during the Summer but that is not yet decided.

However, the plan is to offer fun, educational opportunities for K-8 students in reading, math, arts, fitness, and social-emotional health, Fergus said. This endeavor will also include meaningful digital experiences and resources for families who choose to participate in continued learning.

Looking ahead to autumn, HPS is thinking about several scenarios for the coming school year, Dr. Torres-Rodriguez said. However, a final decision will be based on state guidelines.

“I told my team…we are not medical experts,” the superintendent said. “Let’s see state what the state says.”

However, Dr. Torres-Rodriguez has several “intentions” that would underlie  HPS’s strategy for the next school year.

“It is not just about recovering time loss,” she said. “It is also about maintaining expectations for our students, and addressing staff and students’ emotional and social needs.”

One scenario Dr. Torres-Rodriguez eagerly awaits is a return to in-person education. “I used to visit schools every week. I miss that, ” she said. 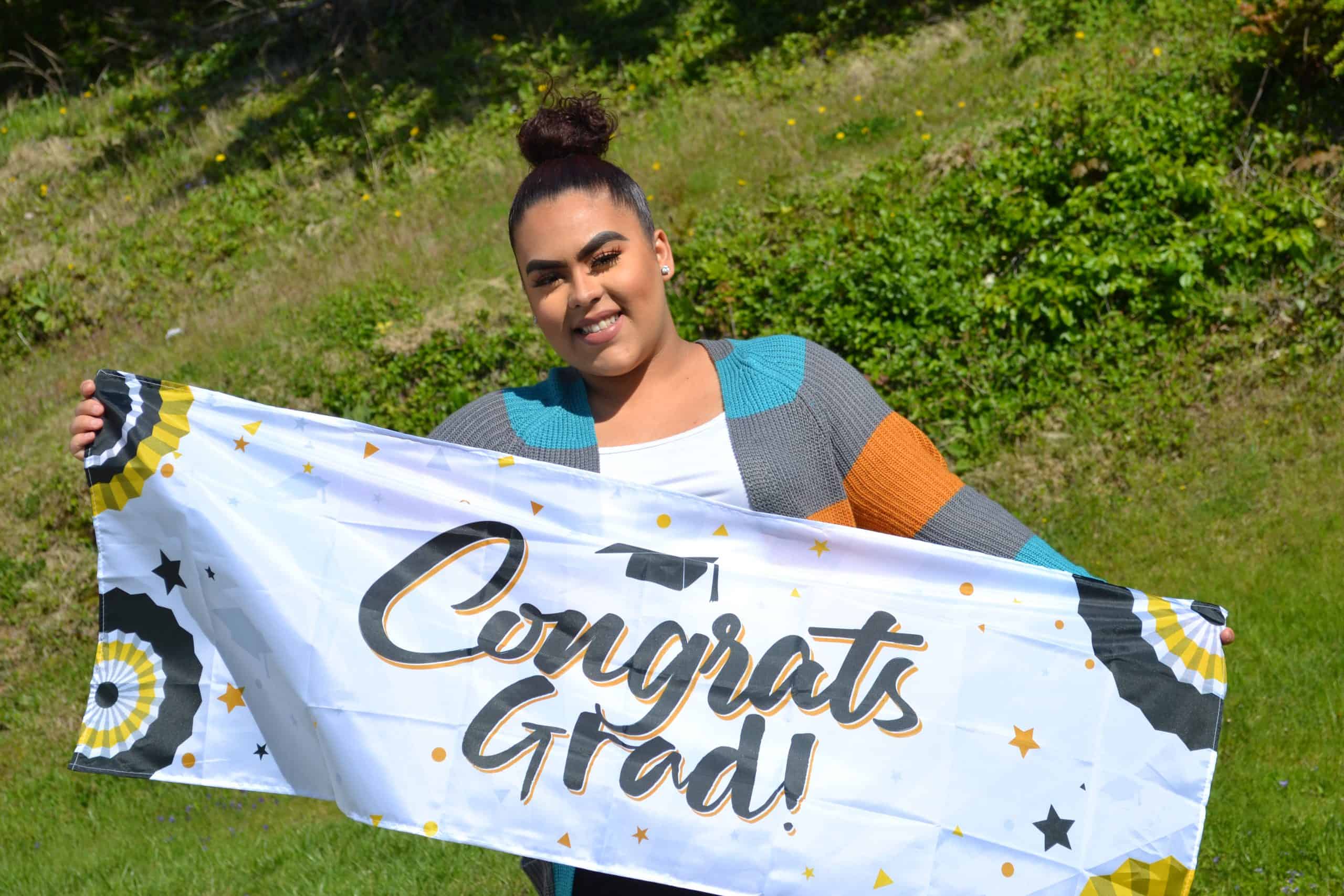 Pandemic cancels senior moments for the class of 2020 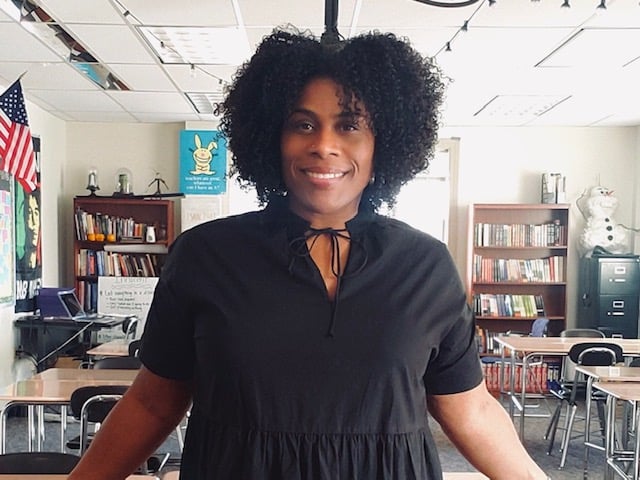 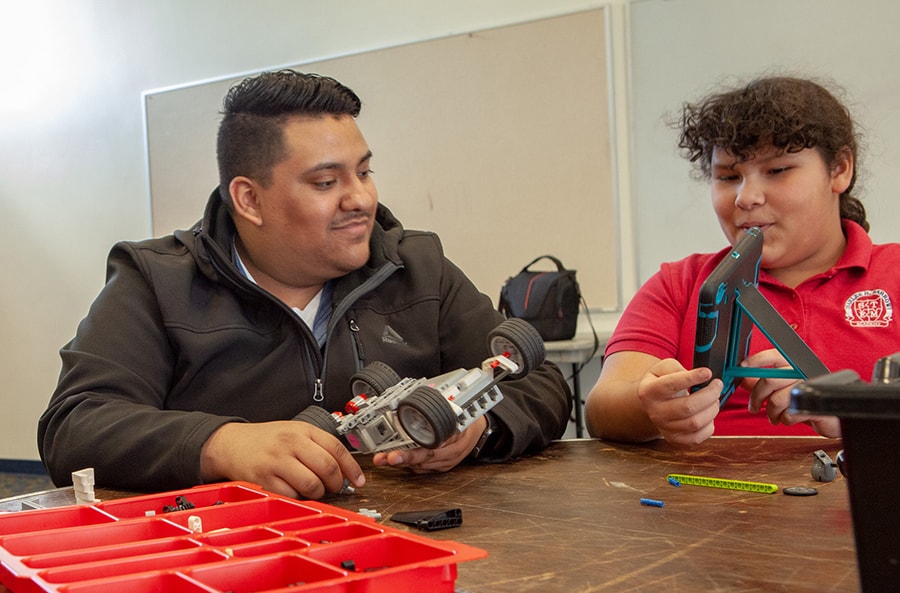 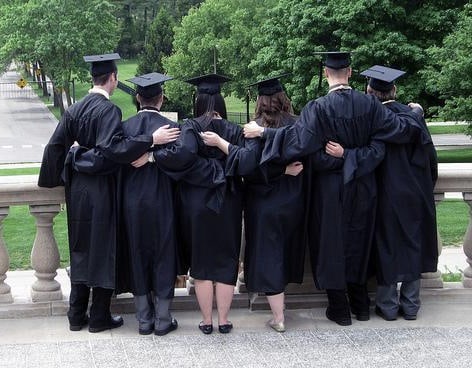