Governor Ned Lamont and legislative leaders have until June 9 to iron out their dueling budget plans before the regular General Assembly session ends.

Many progressive Democrats on the Connecticut Appropriations Committee argue Lamont’s budget does too little to address the growing healthcare and social service needs of residents hurting from the impact of COVID-19.

“Our budget responds to the defining moment in history,” Rep. Toni E. Walker, D-New Haven, House chairwoman of the legislature’s budget-writing panel said. “The COVID-19 pandemic demonstrated the vital importance of government investment in our society and our safety net, our health care system, and most importantly, the residents who live in our state.”

The committee’s two-year plan expands funding in several areas including $46 million for nursing homes over the next two fiscal years combined.

“AARP Connecticut applauds the Appropriations Committee for supporting budget proposals that will make a positive difference in the lives of older Connecticut residents, and for our state’s economic well-being”, said Nora Duncan, AARP Connecticut State Director.

In the statement, Duncan said, “Legislation approved by the Appropriations Committee eliminates copayments for the Connecticut Home Care Program for Elders (CHCPE) and permits a community spouse of institutionalized Medicaid recipients to retain the maximum amount of assets allowable under federal law. They also approved a budget that maintains current eligibility guidelines for the Medicare Savings Program, provides payment increases to nursing home workers and increases the personal needs allowance for nursing home residents.”

There’s $10 million in both years to increase Medicaid rates for home health providers. The proposal also allows nursing home residents to keep more of their assets before qualifying for Medicaid.

While supportive of the Appropriations Committee, AARP Connecticut is concerned that the proposed budget includes a decrease in funding for the CHCPE, a popular program that supports older adults who want to receive long-term services.

“We understand the funding decrease is based on anticipated program caseloads, but we believe an elimination of the copayment and increased public interest in receiving long-term care in the community instead of in nursing homes could lead to higher demand for the program”, Duncan asserts. “We hope additional funding will be made available if demand does increase.”

A significant portion of nursing homes’ revenue comes from residents assigned there for a few weeks or months to rehabilitate after surgery. But many patients delayed non-emergency procedures during the pandemic resulting in the loss of millions of dollars in revenue.

The state’s final budget package must be approved by both chambers of the legislature and the governor. 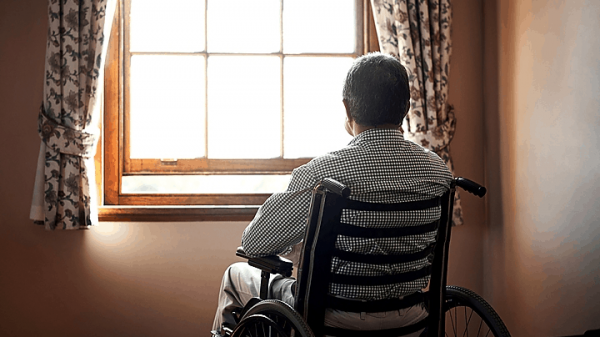 Opinion: There’s Another COVID-19 Statistic, And In Connecticut, It Is Being Ignored

More than six months have passed since COVID-19 entered Connecticut. In that time, 8,847 nursing home residents have been infected with the virus, and...