As state Rep. Ezequiel Santiago (D-Bridgeport) greeted the early morning commuters at the Bridgeport train station a couple of weeks before Election Day, his focus was less on being re-elected than on getting the word out about a ballot question that could make voting a lot easier for them.
Santiago passed out literature that explained that by voting “yes” on the only statewide question Nov. 4, they would enable the legislature to set up a system that would allow not only commuters, but anyone who might find it difficult to appear at their polling places on Election Day, to vote through the use of absentee ballots.

Rep. Ezquiel Santiago (D- Bridgeport) is working to pass an amendment that will allow more flexible voting in  in Connecticunot only commuters but anyone who might find it difficult to appear at their polling places on Election Day to vote through the use of absentee ballots.

This flexibility is especially needed in urban areas, said Santiago, and is seen by supporters as one way to bolster the turnout of Hispanics, which has lagged behind the general population, and to build the political influence needed to get their concerns addressed.
As Santiago talked to commuters, he found some were quite receptive to an early voting or “no excuses” absentee ballot availability.
Generally, there has been little public opposition to the concept of early voting.
Democrats, including Gov. Dannel Malloy and leaders of the Hispanic Federation, have strongly endorsed making changes in what is seen as one of the nation’s most restrictive absentee ballot requirements.
Republican gubernatorial candidate Tom Foley has expressed support for “no excuses” voting with caveats about how the system is structured to avoid uninformed voting.
Some Republicans also have opposed giving the legislature carte blanche to change voting laws and have said any changes need to be structured to avoid fraud.
“The last thing anyone wants is fraud,” said Santiago, a Democrat.  The Bridgeport Democrat also said some opponents of early voting may sense that “a lot of  the people who would be using it are people who might not vote for them.”
Although most of the state’s Hispanics still reside in urban areas such as Santiago’s east Bridgeport district, they would not be the only people who could benefit from an early voting setup.
Santiago said he has learned campaigning door to door for re-election  that people may not be able to get to the polls “for one reason or another.”  These reasons include a personal emergency, work-related issues such as a long commute, or even an elderly person not qualified for an absentee ballot.
It was not easy to put the early voting issue before the electorate. Republican legislators almost universally opposed the ballot measure when it passed the House and Senate in 2012 by only a simple majority.  Without a so-called super majority, the legislative also had to approve the referendum question in 2014  to make it eligible for placement on the ballot.
Denise Merrill, the Democratic incumbent candidate for secretary of the state  noted a yes vote Nov. 4 would not  change any laws immediately, but it would permit the General Assembly to potentially enact some form of early voting and to loosen current restrictions on absentee voting, which call for proof that a voter will be out of state, unable to vote due to illness or disability or barred from voting that day by religious tenets.
Merrill has said  that early voting works, it is very reliable and a  step forward for modernizing elections in Connecticut which is one of only 14 states without this option.
Foley  supports  making voting easier, according to campaign spokesman  Chris Cooper, but also believes that it  is important to balance the value of an informed voter with the convenience of voting early.
Foley advises that early voting should be allowed no earlier than a week before elections, Cooper said, so that voters would have the opportunity to hear all the candidates’ positions and other information put forth later in the campaign. Latino leaders maintain that  allowing greater flexibility when people vote is needed to  foster greater electoral engagement.
Ingrid Alvarez, Connecticut director for the Hispanic Federation, testified in favor of early voting in April at a National Commission on Voting Rights regional hearing. She said, “The implementation of early voting in Connecticut would provide an important avenue to increase voter turnout and work to eradicate common issues at poll sites,” she said.
Jose Calderon, president of the Hispanic Federation, recently addressed this issue at a state Capitol press conference. “We support anything that would help get more of our people to get out to vote.”
In Connecticut, the Hispanic turnout was estimated to be as low as 22.9 percent in 2010, or less than half that of whites, according to the State Civic Health Index compiled by the secretary of the state.
Although Latino leaders question the validity of Latino registration figures based on surnames, they see the increased civic participation as an important factor in pressing forward on the needs of the Hispanic communities.
In Arizona, a concern about the direction the state was going in regard to Hispanic immigrants, drove various advocacy groups to help thousands of  Latinos to sign up for early voting starting in 2010. This effort is ongoing.
As a result, the likelihood that Hispanics will come out to vote has increased 25 percent, said Raquel Teran, state director of Mi Familia Vota, a national, nonprofit organization working to increase civic engagement in Latino and other immigrant communities
It is now easier for Arizona Latinos to vote, especially those who work two or three jobs and don’t have time to get to the polls to vote on Election Day, said Ben Monterroso, executive director of Mi Familia Vota, in a recent interview in Arizona.
Arizona employs a Permanent Early Voting List from which absentee ballots are automatically sent out about three weeks before an election.
Santiago said it was more likely that Connecticut would adopt a “by request” system. 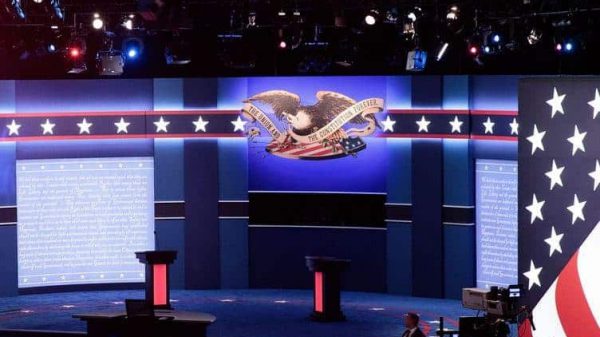 Bill Sarno/CTLatinoNews.com Latino candidates achieved some major successes in Tuesday’s local elections across Connecticut, including the election of the first Latino, Yolanda Castillo,...