When Samaia Hernandez met her little sister Veronica for the first time in 2008 they were both a little nervous.
Veronica was sitting in her living room with her mother and sister, and Samaia, who was there as a volunteer Big Sister, said she and Veronica didn’t have much to say at first. But on their second visit they went out to a Mexican restaurant, and then the conversation flowed.
“It’s one of those things where we looked at each other and thought, ‘Ok, I get you,’” said Samaia. “We’ve done a lot of bonding over food.”
Now, six years later, Samaia, who is also a press secretary for Gov. Dannell Malloy, is being honored for the dedication she has shown as a Big Sister to Veronica.  She was chosen by the Nutmeg Big Brothers Big Sisters organization to be the recipient of this year’s Victoria L. Soto Memorial Award.
This is the second year the organization is giving out an award in honor of Soto, a first grade teacher who died trying to protect her students on Dec. 4, 2012 in the Sandy Hook Elementary school shooting. Soto was a Big Sister when she was a student at Eastern Connecticut State University.
Samaia was chosen to receive the award because she embodies many of the same qualities found in Victoria Soto – a love of children and a concern for their future, said Andy Fleischmann, president and CEO of Nutmeg Big Brothers Big Sisters.
“Samaia is an outstanding Big Sister, a great mentor and a role model for Veronica,” he said. “It’s pretty amazing to see the path the two of them have traveled together.”
Fleischmann said he noticed a change in Veronica when he met with her recently;  she’s no longer a shy and quiet child, but an outgoing and confident young woman, much like Samaia, he said.
Samaia said she chose to volunteer as a Big Sister in part because of the example of a close family friend who was a mentor to her when she was growing up in California. After moving to Connecticut to work as a reporter for the Meriden Record Journal, Samaia said her interest in the organization was renewed when she interviewed a man who was a Big Brother.
After she decided to volunteer, she went through a matching process the organization takes its volunteers through, assessing a volunteer’s personality and lifestyle so Big Sisters or Brothers can be matched with similar children.
Samaia praised the enrollment coordinator, Glenn Fields, who matched her with Veronica.
“We’re very similar,” she said. “I feel like she’s like my family out here, and I think she sees the relationship in the same way.”
Now that Veronica is well into her teen years, Samaia said the two of them have found even more to bond over;  they talk about boys and school, food and movies. Samaia has taken Veronica to the ballet, to the aquarium in Mystic, and kayaking.
Veronica said initially she thought that kayaking was a little scary, especially as the water got choppy while they were paddling down the river.
“We didn’t know what we were doing at first,” said Veronica. “But Samaia made a joke about it – she was screaming and laughing. That made me feel better.”
Samaia also gives Veronica advice about her schoolwork. They were both excited that Veronica made the honor roll this year. Veronica said she isn’t sure yet what her plans are for after high school, but said she’s interested in law.
Watching Samaia’s career path, from journalist to press secretary for a governor, has taught her to dream big.
“It’s amazing, because she started off really little, and now she’s really big,” Veronica said. “She was just a little tiny reporter, and now she’s a press secretary for Gov. Malloy. That means that I can do anything, too.”
Veronica said she looks up to Samaia, “because she follows her dreams and she’s not afraid to speak her mind to anyone – and she’s nice.”
The key to being a good Big Brother or Big Sister, said Andy Fleischmann, is the amount of caring in the heart of the volunteer.
When Samaia got the call saying she was this year’s recipient of the Victoria Soto Award, she was in the middle of the grocery store.  “I was extremely emotional,” she said. “I had to leave the store because I was crying.”
The day Victoria Soto lost her life protecting the children in her classroom, Samaia was in Newtown covering the story for the Hartford Courant. And last year she met Soto’s family while covering the Big Brother Big Sister event for WNPR.
“It is completely humbling,” she said. “It is probably the highest honor I’ll ever receive.”
Those interested in learning more about volunteering as a Big Brother or Big Sister can contact Joanne Alexander at jalexander@bbbsnutmeg.org, or by phone at 1-800-237-5437, ext. 117. 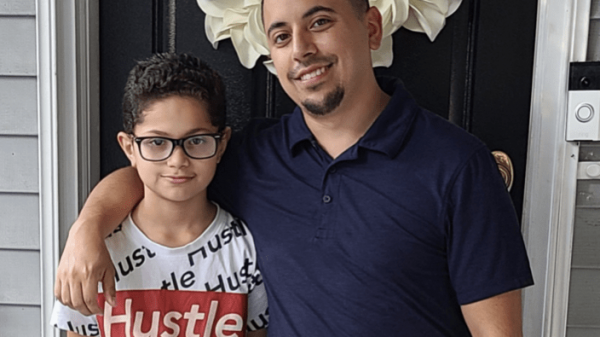 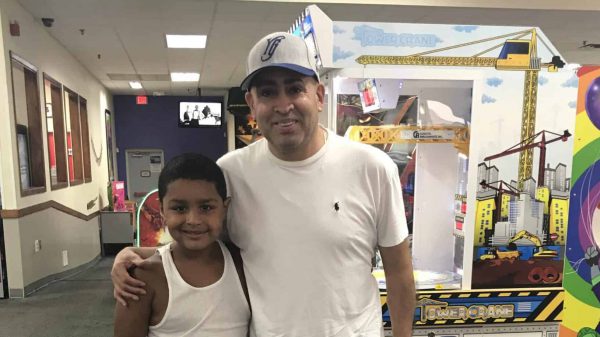 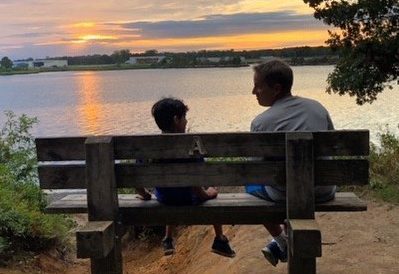